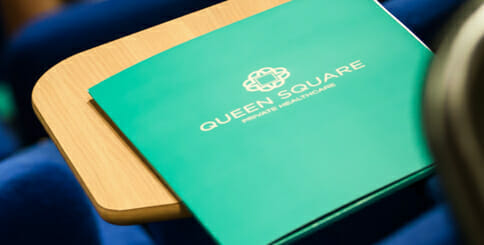 On Tuesday November 8th 2016, Queen Square Private Healthcare welcomed an audience of GPs to the lecture theatre in Queen Square for a very popular event in the 2016 Queen Square GP seminar series.  For this, the last event of our 2016 seminar series, we were pleased to welcome Professor Adolfo Bronstein, Consultant Neurologist and Professor of Clinical Neuro-otology to speak on the topic of dizziness and vertigo.  Professor Bronstein is a leading authority on the topic as Chairman of the British Society of Neuro-otology and President of the Neuroscience Section of the Royal Society of Medicine.  He has published over 200 papers on the topic of eye movement, balance and spatial orientation and his book, “Dizziness: A Practical Approach to Diagnosis and Management” won a high commendation at the 2008 BMA Medical Book prize competition.

Dizziness is the third most common presentation reported in general practice.  Many patients will have transient or episodic symptoms that last seconds, minutes or hours, but some may have prolonged dizziness that persists continuously.  It is necessary to have a good understanding of dizziness and a systematic approach to evaluating these patients.  Most causes are benign, but there are a few serious causes which must also be considered in the diagnosis.

Vertigo is due to imbalances of signals to the vestibular apparatus, and can be either due to peripheral or central causes.  Peripheral causes relate to damage of the inner ear receptors or to the vestibulocochlear nerve, whereas central causes will include damage to the centres that process vestibular signals in the central nervous system.  Most of these centres are located in the brain stem, although some portions of the cerebral cortex are also involved in the processing of vestibular signals (although these are less commonly associated with causes of vertigo).  The patient’s signs and symptoms can usually distinguish between peripheral and central causes of vertigo.

In the case of single episodes of dizziness, Professor Bronstein explained that a useful starting point is to consider whether the patient’s hearing is spared, or involved.  If hearing is involved, then a vascular cause should be considered, such as a labyrinthine stroke.  The anterior inferior cerebellar artery supplies blood to the vestibular apparatus and therefore, AICA events and infarcts can be associated with vertigo and deafness. (Figure1.)

Alternatively, viral infection such as Ramsay Hunt Syndrome may be considered.

If hearing is spared during the episode (and there are no other central signs), then a peripheral cause is most likely, with the most common cause likely to be vestibular neuronitis or acute labyrinthitis.  This condition is believed to be inflammatory and results in a single, monophasic attack of vertigo.  Symptoms come on quickly and resolve over days to weeks.  Professor Bronstein explained that since one of the main roles of the vestibular system is to stabilise the eyes during head movement, abnormal function usually produces abnormal eye movements and specifically, is associated with jerk nystagmus (abnormal movement of the eyes with a slow and fast component).    With peripheral causes, the nystagmus is in one particular direction and is either horizontal or torsional.  Professor Bronstein explained the use of the Head Thrust Test as a test of vestibular function and the vestibular-ocular reflex (VOR)

For this clinical examination, the patient should fix their gaze on a target directly in front of them while the examiner moves their head rapidly and randomly to each side (care should be taken to ensure that there are no contraindication to this manipulation).  The examiner should look for the movement of the eye during the head thrust and any refixation saccade back to the target.  If the patient’s eyes remain locked on the target during the movement to each side, then the peripheral vestibular system is assumed to be intact.  Therefore, in a patient with acute dizziness with no corrective saccade, a CNS cause is indicated.  However, the observation of eye movement away from the target during the manoeuvre and a corrective saccade is a sign of decreased neural input from the ipsilateral ear to the VOR, and suggests a peripheral lesion, and not a CNS cause.  A positive head thrust test therefore implies moderate to severe loss of function of the horizontal semi-circular canals on the side to which the test is positive.

To summarise single episode vertigo, Professor Bronstein suggested that MRI of the brain should be requested in cases of acute vertigo where the head impulse test is negative, or in cases where the vertigo is associated with:

Professor Bronstein then proceeded to episodic or recurrent vertigo.

Professor Bronstein explained that vertigo is never continuous due to compensation mechanisms and that all vertigo is made worse by head movement.  If a patient has continuous symptoms that are not worsened by head motion, then the patient is unlikely to have true vertigo.

If symptoms occur only upon a change of head position and last a few moments, then the likely diagnosis is benign positional vertigo (BPPV) although postural hypotension and gait disorders are possible.  Such patients will often describe recurrent episodes of dizziness which are evoked by certain movements such as lying back, getting out of bed and looking straight up (as in fetching something off a high shelf).  The diagnosis of BPPV can be confirmed by observing positional nystagmus with the Hallpike Manoeuvre.

This manoeuvre is performed by rapidly moving the head from an upright to head hanging position with one ear 45 degrees to the side.  The examiner should observe the open eyes of the patient once the patient is in the head hanging position.  A positive test for BPPV is one where rotatory/torsional nystagmus (and vertigo) is observed, with the affected side down most. (Figure 2)

There may be a delay of up to 20 seconds before onset of nystagmus and the nystagmus should fade as the head is held in the provoking position.  Repeating the test to the affected side should produce less vigorous response each time due to habituation.  If the hallpike test produces non-torsional nystagmus (i.e. downbeat), has no latency, fatigability or habituation, then a central problem should be considered.

Professor Bronstein explained that not only is the hallpike manoeuvre a useful test for the confirmation of BPPV, but it can also be used for treatment.  Professor Bronstein explained that upon confirmation of a positive test, a repositioning manoeuver may also be immediately performed, which involves moving the patient quickly from the position of the positive test, through an upright position and over onto the other side whilst keeping the patient’s head in the same position.  This can potentially move the free floating particles within the affected semi-circular canal, through gravity, into the utricle where they can no longer cause unwanted stimulation and hence, relieving the patient of their vertigo.    This manoeuvre is reported to have a success rate of 90-95% in confirmed cases of BPPV.

Professor Bronstein then explained alternative causes for episodic vertigo.  He explained that along with BPPV, migraine can be considered one of the most common causes of the vast majority of patients with recurrent vertigo.  Approximately 40% of migraine patients have accompanying vestibular syndromes prior to, during, after or totally independent of their migraine event.  This is believed to be caused by a combination of vascular events along with an alteration of neural activity associated with the migraine event.

Professor Bronstein proceeded to explain that in cases of episodic vertigo accompanied by:

Patients with chronic dizziness and balance disorder pose great difficulty to the doctor.  Such patients may suffer from a poorly compensated vestibular lesion, but may also have a gait disorder which should always be considered, particularly in the elderly.  Patients with a chronic disorder may have started with only single episodes or episodic dizziness.

He explained that there are numerous factors which may delay vestibular compensation.  These include:

Professor Bronstein explained that chronic dizzy patients require explanation and physiotherapy as the best course of action.  They may also require antidepressant treatment having suffered with a chronic debilitating condition.  However, Professor Bronstein stated that they do not need anti-vertiginous medication which would have little effect. In fact, he advised against anti-vertiginous medication for longer than a period of one week.  Most importantly, neurological gait disorders should be considered and ruled out as the cause of the ‘chronic dizziness’.  Small vessel disease should be considered as possible cause in a chronic dizzy patient, but only after excluding common treatable causes such as BPPV and blood pressure fluctuation.

We are very grateful to Professor Bronstein for sharing his expertise with us on this topic, in what was a highly engaging and interactive session.  For those wanting further information, Professor Bronstein regularly lectures around the country, and can be contacted through Queen Square Private Healthcare.

The next Queen Square GP Seminar will take place on Tuesday 17thJanuary 2017, when Mr Jonathan Hyam, Queen Square Consultant Neurosurgeon, will present on back pain and sciatica.  Registration is open via the following link. 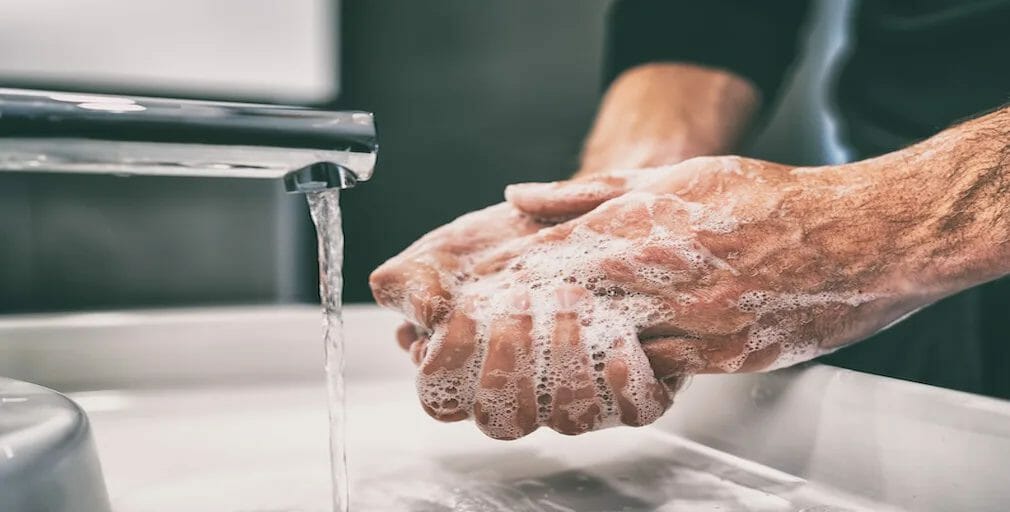 What are we doing about Coronavirus?