Stroke Prevention and the Management of Risk 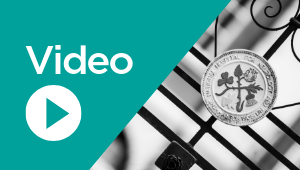 According to the Stroke Association, the United Kingdom’s leading stroke charity, there are more than 100,000 strokes in the UK each year – that equates to one stroke every 5 minutes. Stroke remains the fourth highest cause of death in the UK overall (third in Scotland and Northern Ireland) and carries a cost to society of around £26 billion a year.

87 percent of stroke are ischaemic stroke, meaning that the stroke is caused by an interruption to the crucial blood supply to the brain, usually by a clot which blocks blood flow.  Haemorrhagic stroke, where an artery in the brain breaks or ruptures, are rarer but thought to be more deadly.  Both type of stroke carry significant risk to life if not treated urgently.

Who is at risk of stroke?

Whilst commonly thought of as a disease of the older generation, there has been a considerable upturn in the number of strokes being identified in the younger population.  Whilst stroke risk does increase with age, roughly a third of people hospitalised for stroke are younger than 65 years of age and a large increase has been identified in young adults between the ages of 35 and 44 in particular.

The reason?  Latest research now suggests that specific vascular risk factors including diabetes, high blood pressure and obesity have a greater importance than age as the leading factors for stroke.

The sad death of actor Luke Perry from stroke at the age of 52 this week has prompted renewed discussion around the topic of stroke prevention and the warning signs for stroke.  The fundamental take home message is that it is never too soon to focus on stroke prevention.

So what can we do to reduce our risk of stroke?  Dr Chandratheva explains that patients can effectively control their own risk factors by paying attention to their blood pressure and lifestyle choices such as salt intake, diet, alcohol intake and exercise.

If you think someone might be having a stroke, act FAST

The list of common and not-so-common symptoms of stroke in men and women is complex and highly variable.

The FAST tool is designed to aid us in identifying a possible stroke and act accordingly:

Face:  Can the person smile?  Does one side of the face droop?

Arms: Can the person raise both arms?  Does one side drift downwards?

Speech: Is speech slurred or strange

Time: Any of these signs could indicate that a person is having a stroke.  It is time to call 999.

We also know the brain is a complex structure and that patients may present with symptoms which don’t involve the common sites mentioned in the FAST tool.  As Dr Chandratheva explains, the key is identifying and acting without delay when unusual symptoms occur with sudden onset and involve a loss of function.

If you have signs of a stroke, even if they are fleeting, seek immediate medical attention by calling 999.